Traffic Force was established in 2010 with the goal of creating a traffic network with a robust ad platform that could handle significant ad volume. By January 2011, the network introduced their beta programme, which became operational on a global scale by September 2011. Since then, Traffic Force has become the affiliate industry’s go-to traffic network.

The network’s traffic works best with offers such as ED/Male enhancement, Live Cams, and VPN apps. Their traffic provides a great ROI, and are easy to scale. In fact, many affiliates are spending thousands on traffic for these products every day.

One of the ways Traffic Force has managed to differentiate themselves is by exclusively owning a lot of the traffic that the company sells on its platform. As such, affiliates can’t find it anywhere else. The traffic network uses a SSP (supply-side platform) to tap into the best quality adult traffic from around the world, and deliver it in one place. The network sells its traffic on a CPM basis, most of which is coming from large adult video tube sites. The price for the traffic is then determined by the network’s competitive bidding system. 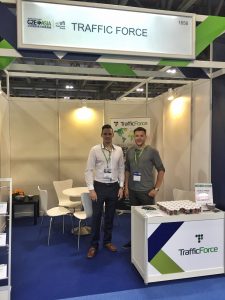 For Traffic Force, scaling their system to efficiently process 1 billion ad impressions a day proved to be their biggest initial challenge. According to Ross from Traffic Force, “The amount of technology required to make this happen is incredible, and to keep it efficient and cost effective was very challenging – but we got it there and have since made it even more efficient.”

In the future, the company hopes to continue growing their platform, and become one of the top 5 traffic providers in the adult space. “We also want to expand our SSP by integrating DSP technology to complete the ecosystem, which will allow us to buy and sell completely programmatically, and only by bringing in the traffic that we know is performing for our buyers,” expressed Traffic Force’s, Ross Allan.

In addition, Traffic Force plans to crossover into mainstream traffic in Asia, and eventually expand worldwide.

Who is the Traffic Force team?

Headed by Ross Allan and Wilco, the Traffic Force team consists of 14 industry professional who work in various fields, including sales, development, financial operations, and customer support. Their team is located across Canada, the Netherlands, and Russia.

Both Ross and Wilco have been involved in the affiliate industry for over 15 years. Ross began working in the industry in 2002. His early work in the space involved submitting galleries and working with adult MGPs. Wilco started working in the adult field just one year later, which is how the two met. These initial experiences allowed them to quickly learn how to optimize pages for maximum CTR and conversions. From there, Ross and Wilco started to help each other grow the gallery submission business, while also working on several other business ventures.

“When I started Traffic Force in 2011, it grew really fast and became known as one of the go to places for quality adult traffic. I knew that with the growth, I needed someone alongside me I could trust and in August 2012 Wilco came on board to help us grow even further,” stated Ross. 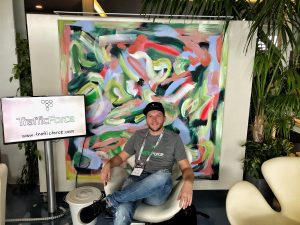 Where can you meet up with Traffic Force next?

Traffic Force will be attending several conferences around the world over the next few months.

You can expect to see the Traffic Force team at the following conferences this year:

Get in touch with Traffic Force

The Traffic Force team welcomes any and all inquiries about their platform. To learn more about Traffic Force and how you can benefit from their services, contact Ross and Wilco directly: