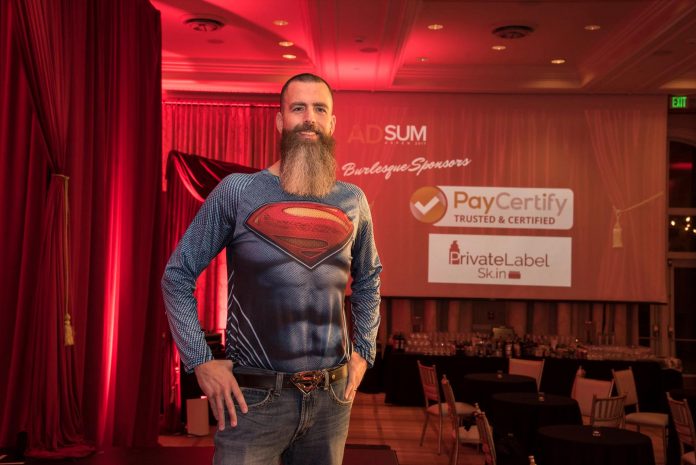 If you’re an entrepreneur and you haven’t yet heard of ADSUM, it’s time to get out from beneath that rock you’re hiding under. ADSUM is definitely an event you want on your radar. The event will be held on October 14th in Scottsdale, AZ.

“It combines several different types of events together into one; part mastermind, part trade show, part industry retreat. The key focus of the event is connecting people – Connecting online retailers with other online retailers, and allowing them to learn about the services that support them,” says ADSUM founder Nate Lind.

What separates ADSUM from other events of similar ilk is its focus on building connections, fostering conversations and collaborations, and its transparency.

“It’s not an altruistic, kumbaya kind of thing. It’s pure capitalism,” Lind says with a laugh.

“But it’s done in a symbiotic way. Fulfillment companies make more money when there are more online retailers shipping their products, so it’s in their own vested interest to genuinely help their customers become more successful. And it’s that way across the board – Customer service companies generate more revenue based on the amount of usage that an online retailer is generating, the same thing with manufacturers, so everyone is mutually interested in the online retailer’s success.” 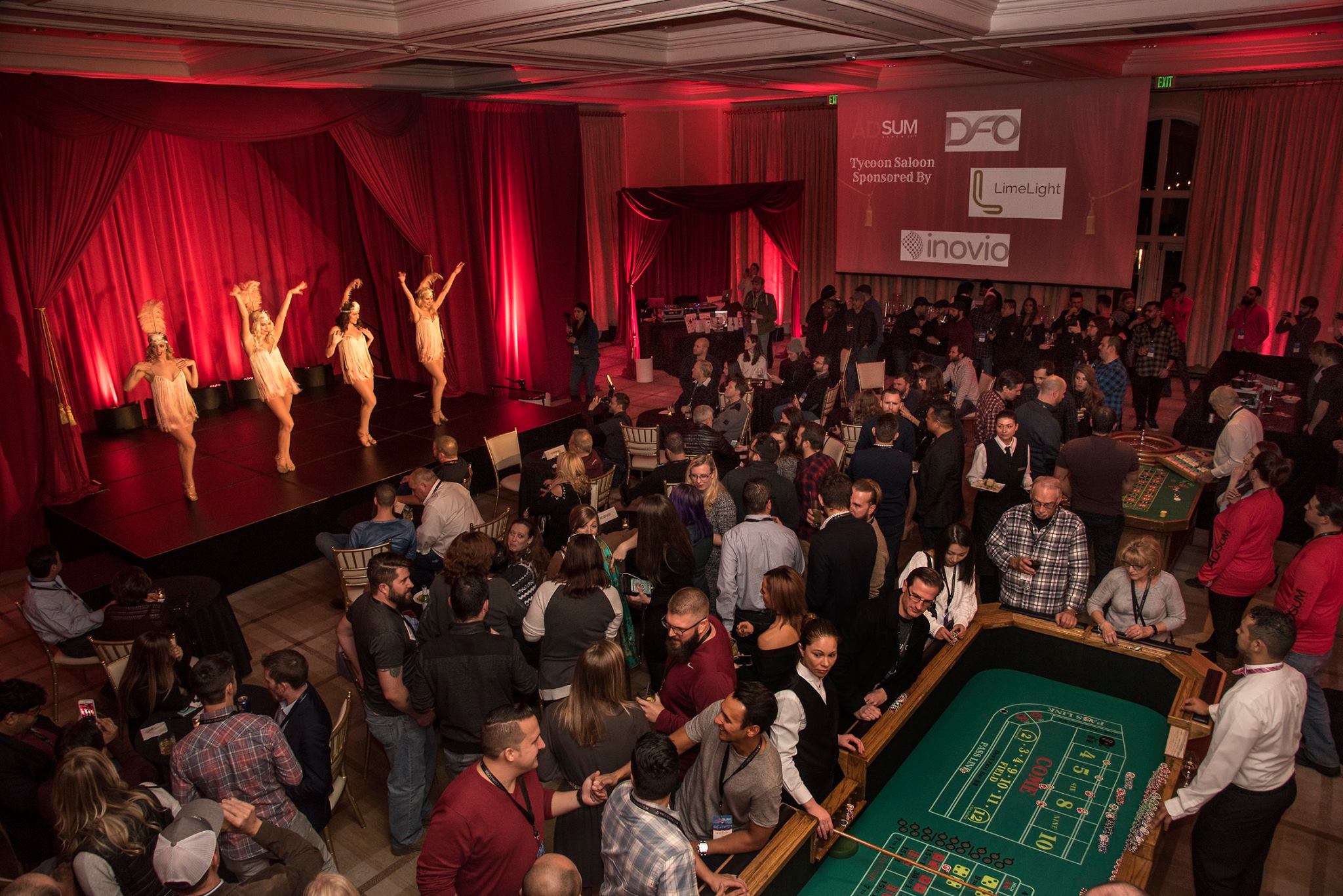 It’s this organic and sincere collaborative and supportive atmosphere that puts ADSUM head-and-shoulders above its peers.

“That’s something really special about ADSUM and is unique compared to other trade shows,” Lind explains.

“A lot of trade shows are advertising focused, but if that’s the sole focus and the rest of the ecosystem is missing, there’s not as much of a well-rounded atmosphere to support those online retailers. For example, people who are buying advertising might be selling information products and so a fulfillment company and a manufacturing company have nothing to do with it. And that’s a big segment of our audience – This isn’t an info product-based marketing show, this is about online retail. Direct sales of physical products to customers. Everything from Health and beauty products, to gadgets and electronics.”

But who, exactly, benefits from attending an event like ADSUM? Anyone and everyone in online retail, regardless of the level of success or experience.

“For the guys just starting to work toward getting sales off the ground for an online retail business, there are really seven key components that you need – Some level of manufacturing, a web presence and funnel design, a shopping cart and CRM, a fulfillment company, credit card processing, customer service reps, and help with traffic. All seven of these pieces are represented at ADSUM and there to connect and network with you,” says Lind.

But it doesn’t end there.

“And even for those groups there are tremendous amounts of optimizations that they can get as well – Like other marketing channels that they probably aren’t utilizing, and they can find partners to help them with those. Maybe they’re selling on Facebook and Google but aren’t doing email marketing; There are email partners there for them, there are people that specialize in direct response marketing offline and doing direct mail. There’s a large opportunity for people who have maybe only one or two marketing channels and revenue streams to duplicate that.” 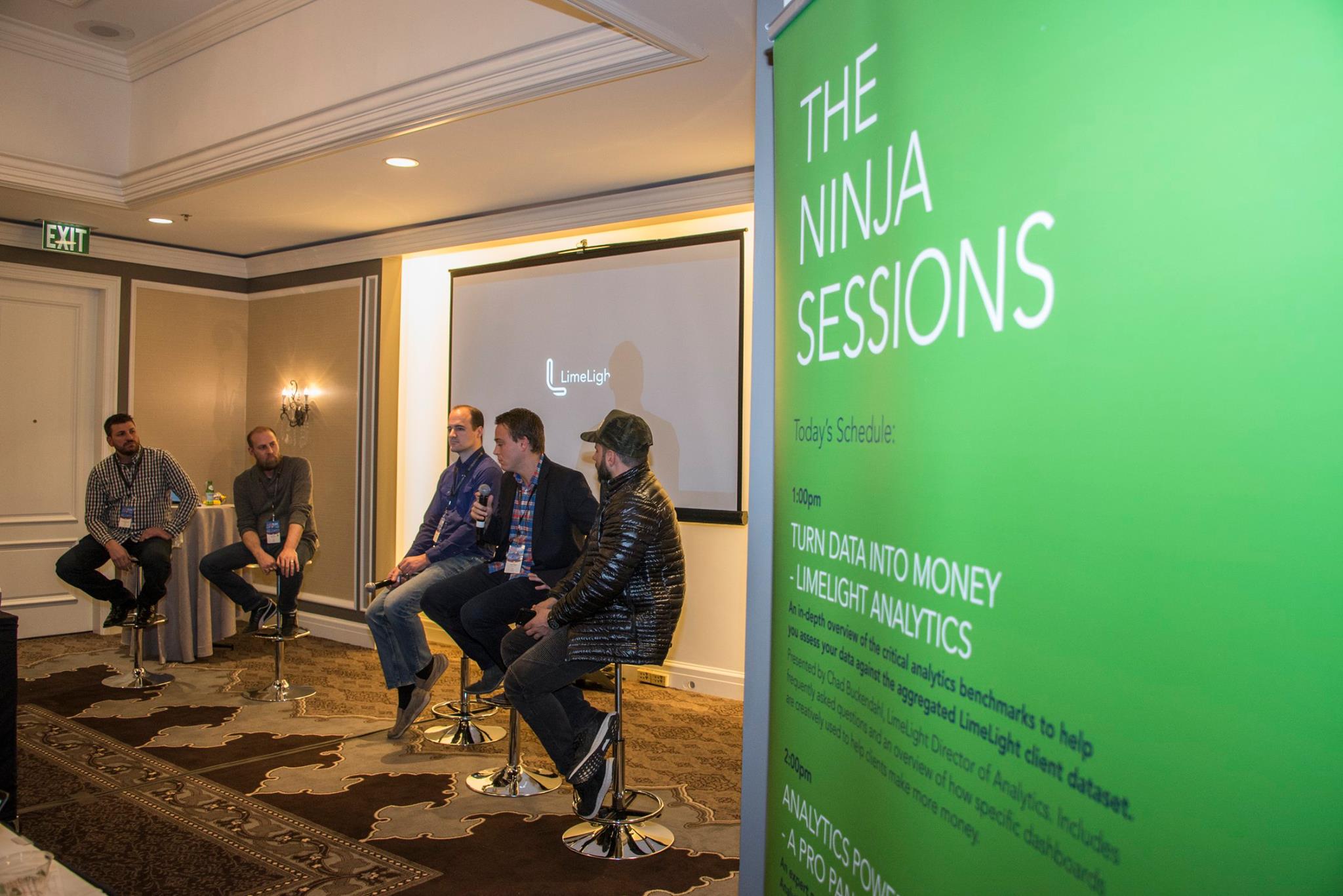 According to ADSUM’s founder, the inception of ADSUM came from his own desire to scale and grow his online businesses. Additionally, it came about from feeling as though there was a gap in the market when it came to resources and networking opportunities. There wasn’t an event that served his needs and the needs of other online retailers, so he decided that he’d just create one himself.

“I wanted to be backed by the best vendors in the space and I wanted to be in the same room as other successful online retailers,” Lind says.

“It’s a really fun atmosphere, it’s a lot less intimidating than typical trade shows where you walk in and it’s a room filled with booths and banners. We have a thriving online community between events, so you already have connections with people and then get to meet them face-to-face at ADSUM.”

Lind goes on to explain that what makes ADSUM unique goes beyond the type of event that it is, and expands into its actual structure and features that no other trade show type of setting offers.

“We start ADSUM with an ice-breaker reception called ‘The Tycoon Saloon’ and that’s kind of a nod to the internet still being the wild west and we represent that and we welcome it. So we have this wild west themed opening party where people can come hang out, shake off some of the travel nerves and they can mingle and have a drink and connect with people.” 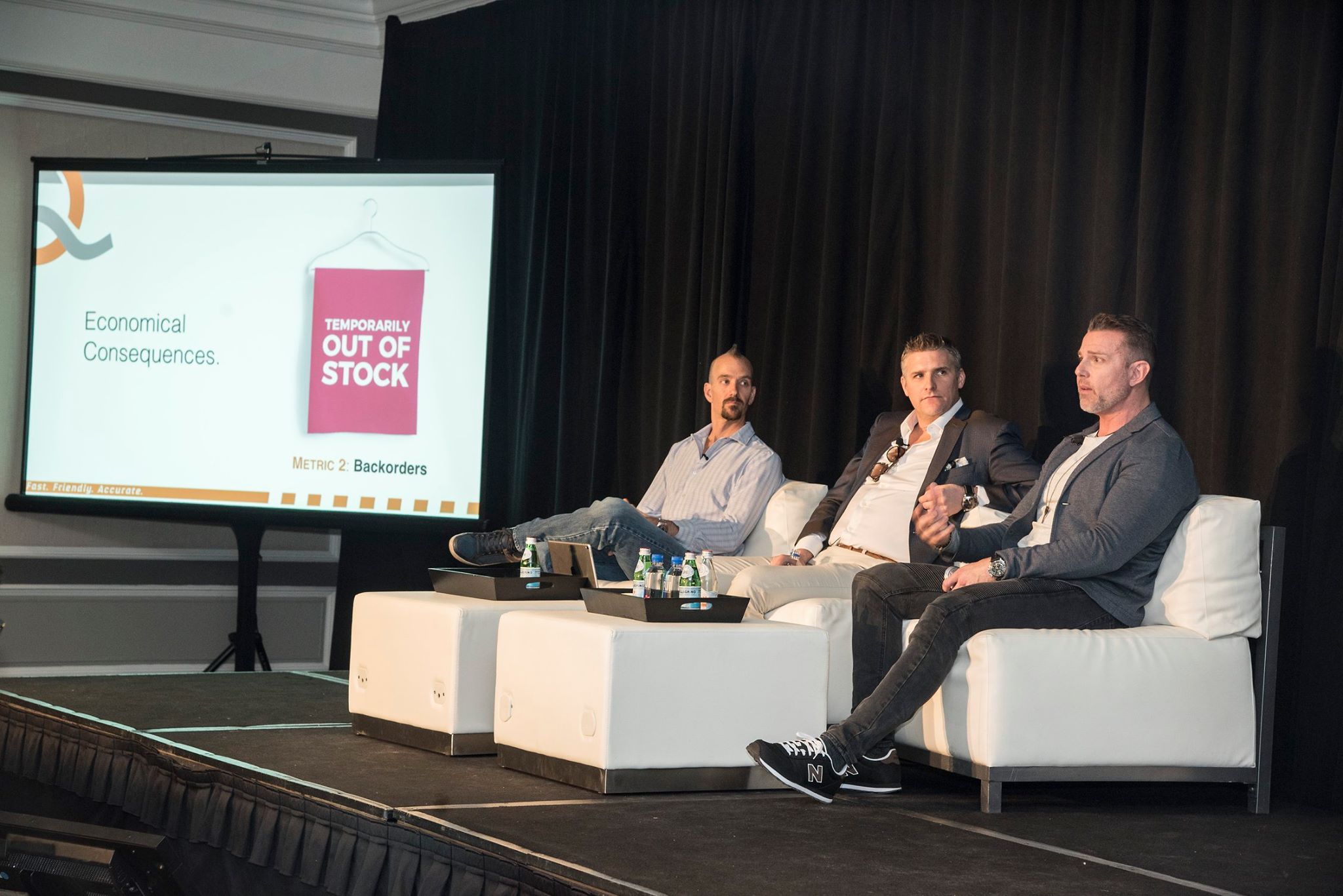 Lind adds that one of the most crucial parts of any conference is the connections a person makes by having one-on-one conversations with peers, vendors, and potential business collaborators. In most conferences or trade shows, this is a difficult thing to facilitate because of the standard model and setup. ADSUM has not only solved this issue, but it has given it a dedicated space to breathe and flourish.

At a typical conference, it becomes clear that the real action happens off-site. Why? Because it’s difficult to find a place to sit in the venue, you don’t have anything to eat or drink, and it’s just too much of a challenge to have a relaxed, personal interaction.

But this year, ADSUM is putting networking and community at the center of the event. Literally.

“I think Lobby Con is going to be our secret sauce this year,” says Lind.

“I hate typical trade shows because they’re good at bringing people together but they’re not very good at connecting people. You can either sit and listen to speakers or you can stand and talk in the exhibit hall. It’s rare to be able to sit and talk at trade shows. You have to leave the event and go to the hotel lobby or to a restaurant.”

Lind goes on to further explain the massive importance of a concept like Lobby Con.

“Anyone who has been to a trade show will know that you get just as much work, business, and connections in the lobby or at the bar than you do at the event,” he says.

“So we’re building that entire atmosphere and experience in the middle of the show, and from that center point, the booths and exhibitors stretch out around that.” 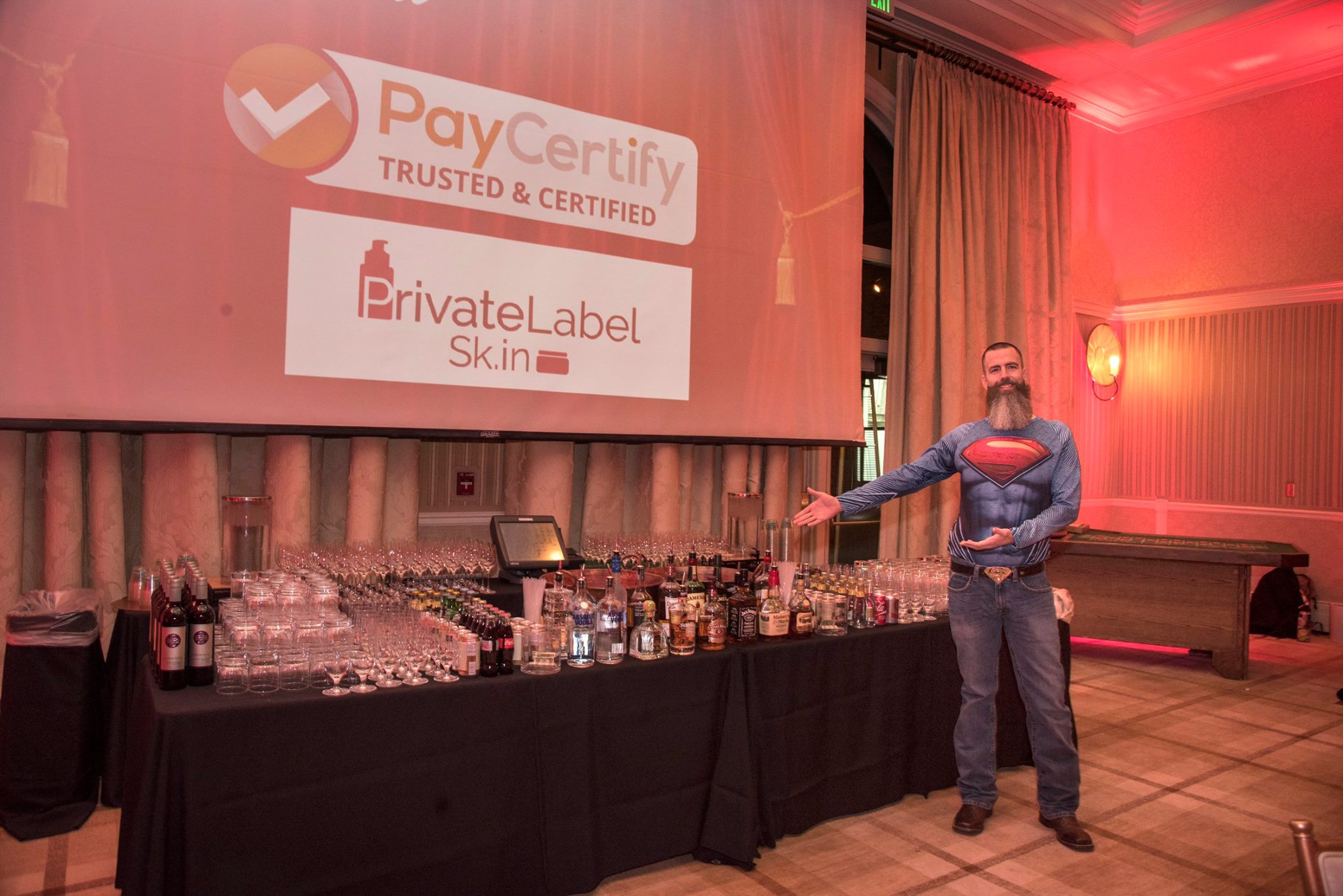 Attendees can expect not only these unique features, but also invaluable lessons and talks from top industry professionals including the likes of Smart Marketer and Zipfify CEO Ezra Firestone and DigitalMarketer’s Roland Fraser. And at the center of this year’s event is a core theme – Revenue diversification.

“All entrepreneurs have heard, at one point or another, that you want to have multiple streams of revenue. And that works the same way in online retail, that’s what we’re bringing to all these entrepreneurs,” says Lind.

“Multiple streams of income via affiliate marketing, self-service traffic networks, anyone you can think of will be there either on-stage, in the crowd, at a booth, or somewhere that you can talk and network with them.” 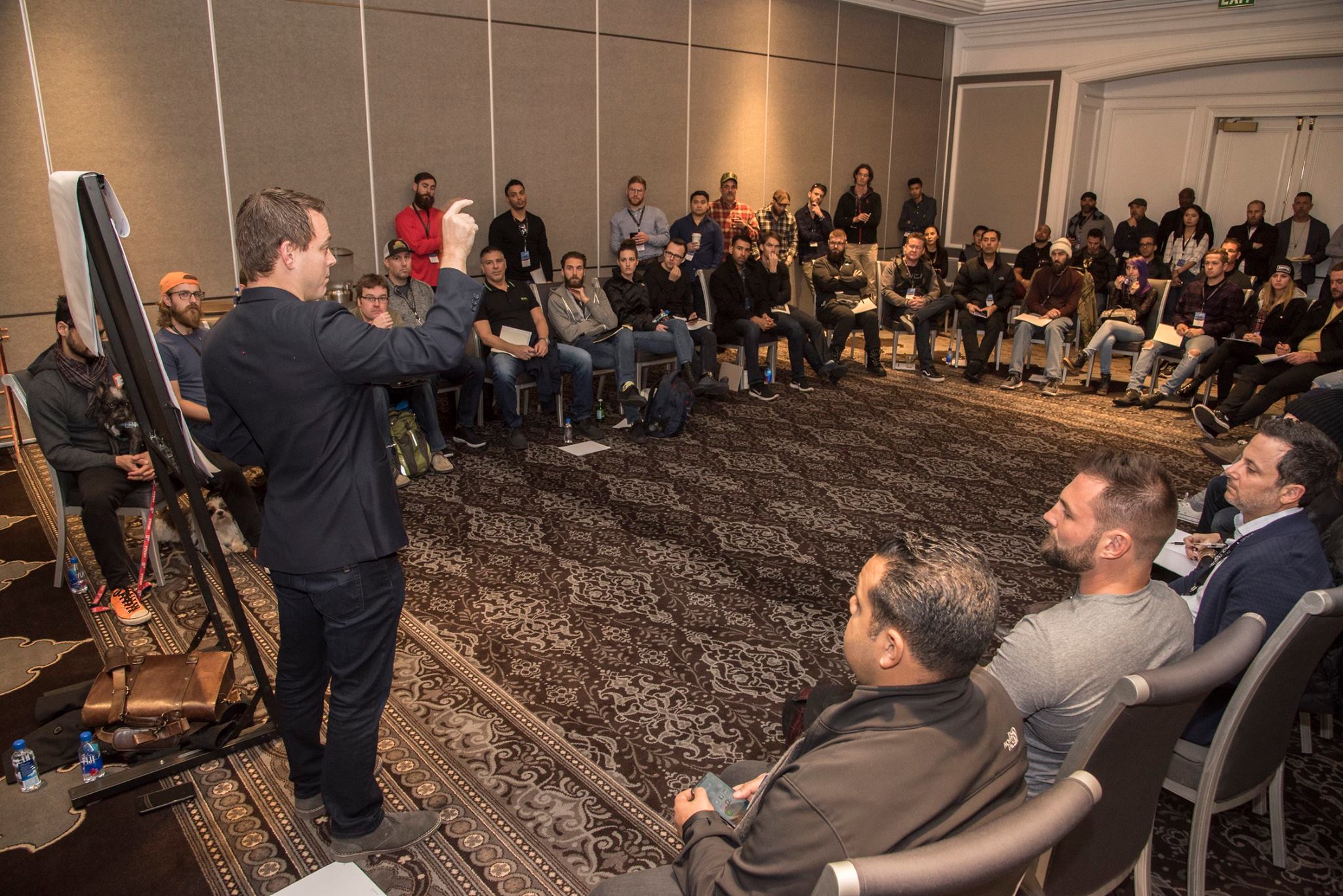 When it comes down to it, ADSUM sets itself one goal and knocks it out of the park every time: To bring together online retailers and the systems that support them in order to ensure all parties can succeed. They say if you want to go fast, go alone; If you want to go far, go together. Lind has found that it can be a combination of the two.

“If you don’t expand who you know at events like this, you have a really long and lonely journey ahead of you to try to figure things out,” he says.

“Are there guys out there who have done it? Sure, and kudos to them. But I’m willing to bet if you had stuck them in a room with a bunch of people who knew more than they did and were willing to share their time and expertise, they would have succeeded even faster. ADSUM really helps shorten that road for success.”

Adsum, the online retail event of the year, will be held on October 14th in Scottsdale, AZ.